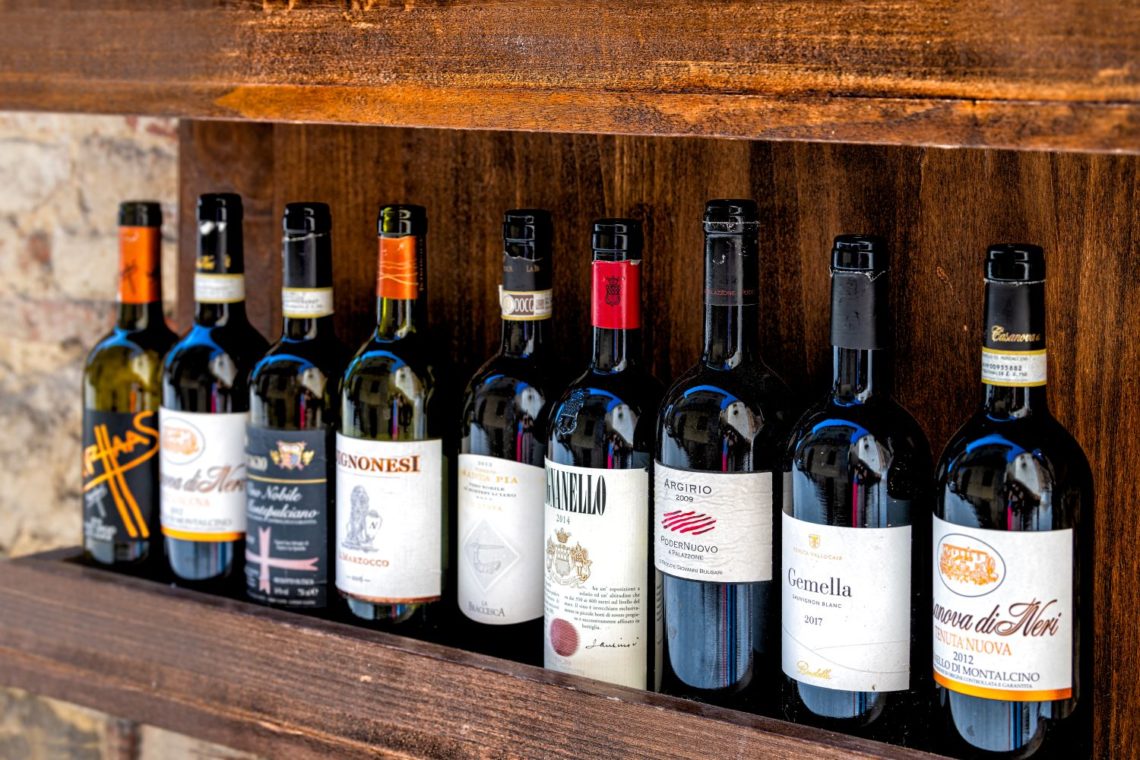 FLORENCE: The heart of the Renaissance, the city of incomparable artistic beauties, cultural traditions, good things wine and gastronomic specialties recognized in the world. Stroll and get lost in the narrow alleys of the
historic center, can sometimes lead to the discovery of fascinating and unknown aspects of a unique city, which reveals a cultural heritage belonging to different eras.

The Uffizi Gallery: The Gallery occupies the first and second floors of the large building built between 1560 and 1580 on a project by Giorgio Vasari: is one of the most famous museums in the world for its extraordinary collections of ancient sculptures and paintings, from the Middle Ages to the modern age. The collections of paintings from the fourteenth century and the Renaissance include some absolute masterpieces of art of all time: Giotto, Simone Martini, Piero della Francesca, Beato Angelico, Filippo Lippi, Botticelli, Mantegna, Correggio, Leonardo, Raphael, Michelangelo, Caravaggio, as well as masterpieces of European painting, especially German, Dutch and Flemish.
The important collection of statues and busts from the antiquity of the Medici family decorates the corridors of the Gallery includes ancient Roman sculptures and copies of lost Greek originals.

Boboli’s Garden: The beautiful Boboli Gardens is located behind the Pitti Palace. The Medici managed to create the model of Italian garden which became an example for many European courts. The garden constitutes a real open-air museum, with its ancient and renaissance statues, caves, first of all the one made by Bernardo Buontalenti, large fountains, such as that of Neptune and the Ocean. Subsequent dynasties Lorraine and Savoy further enriched its appearance, expanding its surface up to Porta Romana. Of great suggestion is the terraced area where the eighteenth-century pavilion of the Kaffeehaus is located, rare example of Rococo architecture in Tuscany or the Limonaia, built by Zanobi del Rosso between 1777 and 1778.

Opificio delle Pietre Dure: The rooms of the small but precious Museum, offer the opportunity to admire the masterpieces of an art that has and hard stone in its innumerable varieties as the protagonist. Created by Ferdinando I de & # 39; Doctors, like manufactory for the processing of furnishings in semi-precious stones, the Opificio transformed its activity over time work, in the last decades of the nineteenth century, in restoration activities, before the materials produced during the centuries-old history, and then broaden its expertise towards similar materials.

Florence Cathedral: Santa Maria del Fiore is the cathedral of Florence and overlooks the square of the same name. It is the fourth largest church in Europe in size, after St. Peter in Rome, St. Paul in London and the Milan Cathedral. At the beginning the goal of the construction was to surpass the cathedrals of the Tuscan rivals Pisa and Siena, both in size and in richness of the decorations in marble and sculptures. The cathedral is 153 meters long, with a three-nave plan they end up in the huge rotunda that supports Brunelleschi’s Dome. Inside you can admire one of the largest fresco cycles in the world: 3600 square meters of paintings, executed between 1572-1579 by Giorgio Vasari and Federico Zuccari. The Cathedral is immense, but almost bare in its furnishings. This sobriety corresponds to the spiritual ideal of medieval Florence and the early Renaissance, which suggests, in architectural terms, the spirituality of the great reformers of Florentine religious life. The next one enrichment of the Duomo, with sumptuous colored marble floors and “temple” niches, belongs to a second moment in the history of the Cathedral, under the patronage of the Grand Dukes in the 1500s. The construction of Santa Maria del Fiore lasted about 170 years, with the participation of the most important artists of century.

Museum of the Opera del Duomo: Renovated in 2015 and conceived as a path to discover the places and artists who gave life to the Renaissance, it is today one of the most important museums in the world, both for the value and the number of works of art preserved, which for the architectural and technological avant-garde of its environments and its furnishings museographic. Preserves over 750 works for 720 years of history: medieval and Renaissance statues and reliefs in marble, bronze and silver by the greatest artists of the time. Masterpieces that, in most cases, were made for the exteriors and interiors of the ecclesiastical structures that still stand near the Museum: the Baptistery of San Giovanni, the Cathedral of Santa Maria del Fiore and Giotto’s Bell Tower.

Giotto’s bell tower: Giotto’s bell tower is one of the four main components of Piazza del Duomo. it is 84.70 meters high and about 15 meters wide it is the most important testimony of Florentine Gothic architecture of the Trecento, for the vertical momentum that does not abandon the principle of solidity. Covered with white, red and green marbles like those that adorn the Cathedral, the majestic bell tower a square base, considered the most beautiful in Italy, was started by Giotto in 1334.

Brunelleschi’s Dome: Consisting of two ogival shaped caps connected to each other, the octagonal dome was turned from 1418 to 1434 according to the design of Filippo Brunelleschi, presented to a competition in 1418 and accepted after many contrasts in 1420. A masterpiece capable of withstanding the passing of centuries, which today enchants anyone ook from afar, the Dome has a diameter of 45.5 meters. In 1418 the Opera di Santa Maria del Fiore announces the competition that Brunelleschi wins, but only two years afterwards the works will begin and will last until 1434. On 25 March 1436 the Florentine Cathedral was consecrated by Pope Eugene IV.

Jewish Sites: The Synagogue of Florence, a beautiful example of the synagogal architecture of the Emancipation, stands out in its monumental forms to affirm the insertion of the community into civil society and the achieved parity of rights, the Jewish Museum of Florence inaugurated in 1981 on the initiative of the “Friends of the Jewish Museum a Florence ”offers a historical overview of the Jewish community in Florence and their link with the city.
Cemetery of Caciolle and that of viale Ariosto, the tabernacle of the Virgin, the oratories of via delle oche and the ghetto of Florence established by Cosimo I de ‘Medici in 1570, in this area, the daily life of the local Jewish population. Two synagogues – the Italian one and the Spanish or Levantine one – overlooked a central square where a well provided water for the entire settlement. Fiesole, with its 300 m. of altitude dominates the center of Florence which is only 5 km away. The landscape is dotted with olive trees, cypresses, patches of wood and houses and villas inserted in this picture with age-old wisdom. Possibility of extending the stay and combining the different mini-tours, programs and quotas on request.

Added Values: possibility of upgrading to a higher room category according to hotel availability. 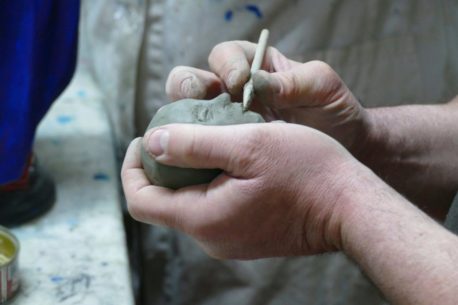 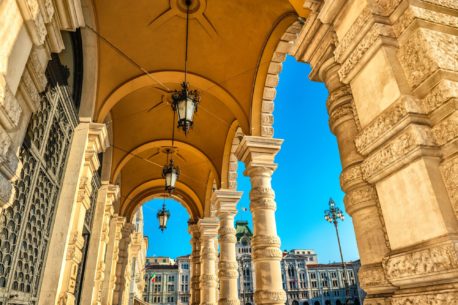 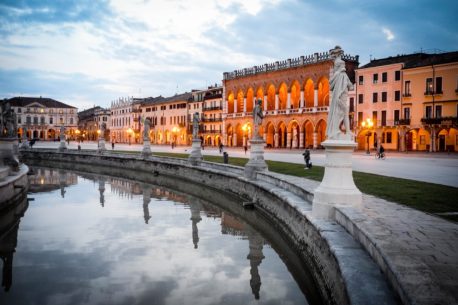 The Jewish history of the city dates back to the 13th century. The Jewish Community lived a relatively  peaceful life, with most people specialising in trading and money lending. The transition of the city to the Republic of Venice in 1405, brought in a period of progressively worsened living conditions. Nevertheless, Jews were still allowed […]

The Jewish Communities of the Marche region, located along the eastern Adriatic coast of Italy, have a very old history, though not many Jewish heritage sites are left today. Our itinerary will take you through a region that was at the centre of the Papacy’s temporal power and of all the struggles, alliances, and their […]